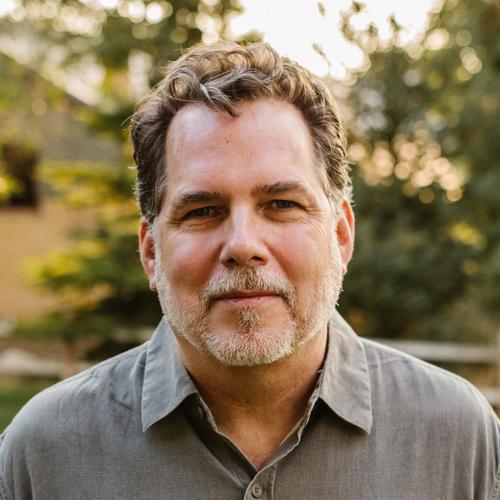 Interview with Chris Lehmann: “School and the Ethic of Care”

Interview with Esther Wojcicki: The Most Important Thing About Learning

Interview with Yong Zhao: "Encouraging Students to Be in Charge"

Interview with Blake Boles: "Stepping Outside of Traditional Notions of School"

Interview with Alice Keeler: "That's the Best Alice Can Do."

Interview with Sugata Mitra: "Do Not Teach Learners What They Can Learn by Themselves"

Interview with Lisa Nielsen: "There Has Never Been a Better Time to Learn"

Interview with Barbara Bray: "It's Not the Content, It's the Relationships"

Interview with Carlo Ricci - Love, Generosity, & Kindness - Hope Rests in Every One of Us

Interview with Gina Riley, Ph.D. - Having a Sense of Competence, Autonomy, and Relatedness

Interview with Roger Schank - All Problems in Education Start with P

Interview with Lenore Skenazy - Why Independence Is So Important.

Interview with Jerry Mintz - The Education Revolution Has Happened

Interview with Angela Maiers - You Are Enough

Steve Hargadon is the founder and director of the Learning Revolution Project, the host of the Future of Education interview series, and the founder and chair (or co-chair) of a number of annual worldwide virtual events, including the Global Education Conference and the Library 2.0 series of mini-conferences.

Steve's work has been around the democratization of learning. He pioneered the use of live, virtual, and peer-to-peer education conferences. He popularized the idea of "unconferences" for educators, built one of the first modern social networks for teachers in 2007 (Classroom 2.0), and developed the "conditions of learning" exercise for local educational conversation and change. He supported and encouraged the development of thousands of other education-related networks, particularly for professional development. For over a decade, he has run a large annual ed-tech unconference, now called Hack Education (previously EduBloggerCon). He may or may not have invented an early version of the Chromebook which he demo'd to Google. He blogs, speaks, and consults on education and technology, and his virtual and physical event online communities have over 150,000 members.

He has been the Emerging Technologies Chair for ISTE, a regular co-host of the annual Edublog Awards, and the author of "Educational Networking: The Important Role Web 2.0 Will Play in Education" and "Modern Learning: Re-Discovering the Transformative Promise of Educational Technology." He was the recipient of the 2010 Technology in Learning Leadership Award (CUE). He has done contract work, consulted with, or served on advisory boards for Acer, Adobe, Blackboard, CoSN, Horizon Project / New Media Consortium (NMC), Instructure, Intel, KnowledgeWorks Foundation, MERLOT, Microsoft, Mightybell, NAMLE, Ning, PBS, Promethean, Speak Up / Project Tomorrow, U.S. Department of Education, the U.S. State Department, and others, typically focusing on educational technology and social networking.

"Steve is an amazing facilitator. He brings this wonderful combination of humility, hospitality and insight to conversations that matter in education." -Bernard Bull

"Attracting over 10,000 information professionals each year from all around the world to discuss trends and interests in the Library 2.0 Virtual Conference series would not be possible without Steve’s highly focused organizational skills, his creative thinking, his ability to connect people, and his infectious and motivating enjoyment for the work." -Dr. Sandy Hirsh, Director of the San Jose State University School of Information and Co-Chair of the Library 2.0 Conferences

"The depth of your observations from last night is still resonating with me. I'm trying to think of another interview I've given where the questioner understood the material so well that he/she so regularly (and fluidly) went into new intellectual territory. I can't think of any. Pretty amazing. Thank you." -David Shenk

"Steve is one of the most influential yet understated individuals in the world of Education. He gives thought leaders a widely attended global platform to voice their ideas to transform Education, and he does so with tremendous respect and intelligence." -Charles Fadel

"Steve conducted the most in-depth interview I've ever been through and I enjoyed it to boot!" -Doc Searls

"Steve is the Oprah of education." -Monika Hardy's Students

"Steve is the 'white knight' of education reform." -Michelle Cordy

"Steve Hargadon is one of the most important change-makers of our time!" -Connie Weber

"Steve is a connector. He is a bridge. He is a lifeline. He takes the lead. He gets things done. Quite simply, Steve Hargadon is a humble, kind, unsung hero who makes a difference in the lives of educators worldwide." -Joyce Valenza

"Steve is a forge! The heat of the conversations he instigates and the amazing thinkers he interviews for The Future of Education, soften the metal of some of my most valued visions and reshape them into ideas that are better … that excite me … that make it hard for me to sleep. If we succeed in hacking education into something that is, once again, relevant, we will owe more to Steve Hargadon than we will ever know." -David Warlick

"He is a man of incredible character and wisdom, and again, I am lucky to know him and work well with him." -Lucy Gray

If you'd like to get your brand in front of Attendees following the categories this speaker is talking about (on this page, via email and during each talk) contact us.