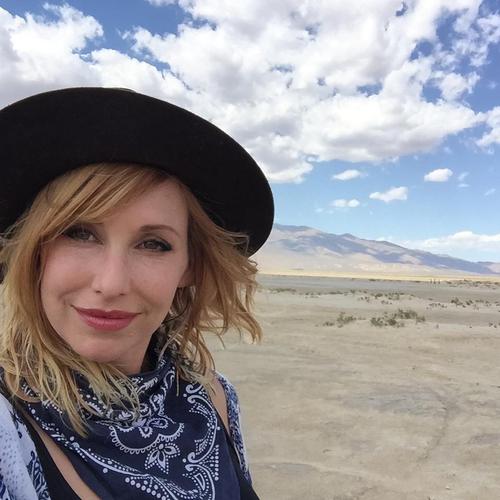 For over a decade Kari Byron has been a strong presence in the world of reality-based science and travel television. She is best known as a host on Discovery Channel’s Mythbusters but has gone on to host and produce shows spanning several networks; Head Rush, Punkin Chunkin, LDRS, Thrill Factor, Strange Trips, America Declassified, The White Rabbit Project, Positive Energy and Crash Test World. Her first book Crash Test Girl, An Unlikely Experiment in Using the Scientific Method to Answer Life's Biggest Questions, is on shelves now.

Fostering her curious nature, she spent a lifetime acquiring odd skills and interests. After graduating college and traveling the world she decided to settle in San Francisco and pursue a career as a sculptor. Special effects and prop making seemed like a perfect fit. Trying to break into the field, she got an internship at M5 industries with Jamie Hyneman. Her first day turned out to be the beginning of Mythbusters, and a career in television. Though her dream was to be a working artist somehow handling poop, eating bugs, wiring explosives and scraping chicken guts off the ceiling turned out to be the beginning of her real dream job.

Her passion for smart entertainment has lead her around the world, speaking on the role of STEAM (Science, Technology, Engineering, Art, Mathematics) programming on television.