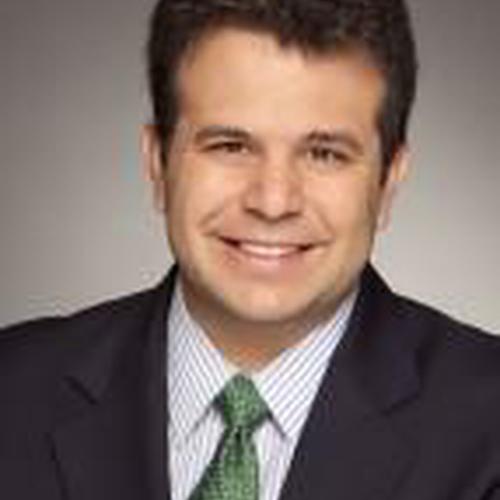 Interview with Chris Lehmann: “School and the Ethic of Care”

Chris Lehmann is the founding principal of the Science Leadership Academy, a progressive science and technology high school in Philadelphia, PA. The Science Leadership Academy is an inquiry-driven, project-based, 1:1 laptop school that is considered to be one of the pioneers of the School 2.0 movement nationally and internationally. Science Leadership Academy is the Dell Center of Excellence in Education. The school was recognized by Ladies Home Journal as one of the Ten Most Amazing Schools in the US, has been recognized as an Apple Distinguished School from 2009 through 2013 and has been written about in many publications including Edutopia Magazine, EdWeek and the Philadelphia Inquirer. In September 2013, Chris opened Science Leadership Academy @ Beeber campus, the second campus in the SLA model, and in September 2016, Chris opened Science Leadership Academy Middle School, SLA’s first middle school. Chris is co-founder and Chair of the Board of Inquiry Schools, an organization dedicated to helping more schools transform into a more inquiry-driven model. Chris is a 2016 member of Scholastic’s National Advisory Council. Chris is the 2014 winner of the McGraw Prize in Education. In June 2013, Chris was named Outstanding Leader of the Year by the International Society of Technology in Education. In November of 2012, Chris was named one of Dell’s #Inspire100 – one of the 100 people changing the world using Social Media. In April of 2012, Chris won the Lindback Award for Excellence in Principal Leadership in the School District of Philadelphia. In September of 2011, Chris was honored by the White House as a Champion of Change for his work in education reform. In June 2010, Chris was named as one of the “30 Most Influential People in EdTech” by Technology & Learning Magazine. In 2009, Chris was a honoree for the Association of Supervision and Curriculum Development’s Outstanding Young Educator Award. Chris was named as one of “40 Under 40″ by Philadelphia Business Journal in 2009. In 2006, the National School Board Association named Chris one of “20 to Watch” among American administrators.

Chris has written for such education publications as Principal Leadership Magazine, Learning and Leading with Technology Magazine, and the School Library Journal. Chris has spoken at conferences all over the world, including TEDxPhilly, TEDxNYED, the National Association of Secondary Schools Conference, SXSW, SXSWedu, the Building Learning Communities conference, the International Society of Technology in Education, the Philadelphia Area Educational Technology Conference, The Florida Educational Technology Conference, the Innovative Learning Conference, The Council of Educational Facilities Planners Regional Conference, the K12-Online Conference, the International Conference on Technology and Education and at the Central and Eastern European Schools Association Conference, and he has worked with many schools and districts all over the world as a consultant. Chris received his B.A. in English Literature from the University of Pennsylvania and his M.A. in English Education from Teachers College, Columbia University. Chris is co-author of Building School 2.0: Creating the Schools We Need with Zac Chase, co-editor of What School Leaders Need to Know about Digital Technologies and Social Media, the author of the education blog this blog Practical Theory and is father to Jakob and Theo.

If you'd like to get your brand in front of Attendees following the categories this speaker is talking about (on this page, via email and during each talk) contact us.

This website (and some of its third-party tools) use cookies. These are important as they allow us to deliver an exceptional experience whilst browsing the site.

By clicking 'Accept', you agree to the use of cookies.